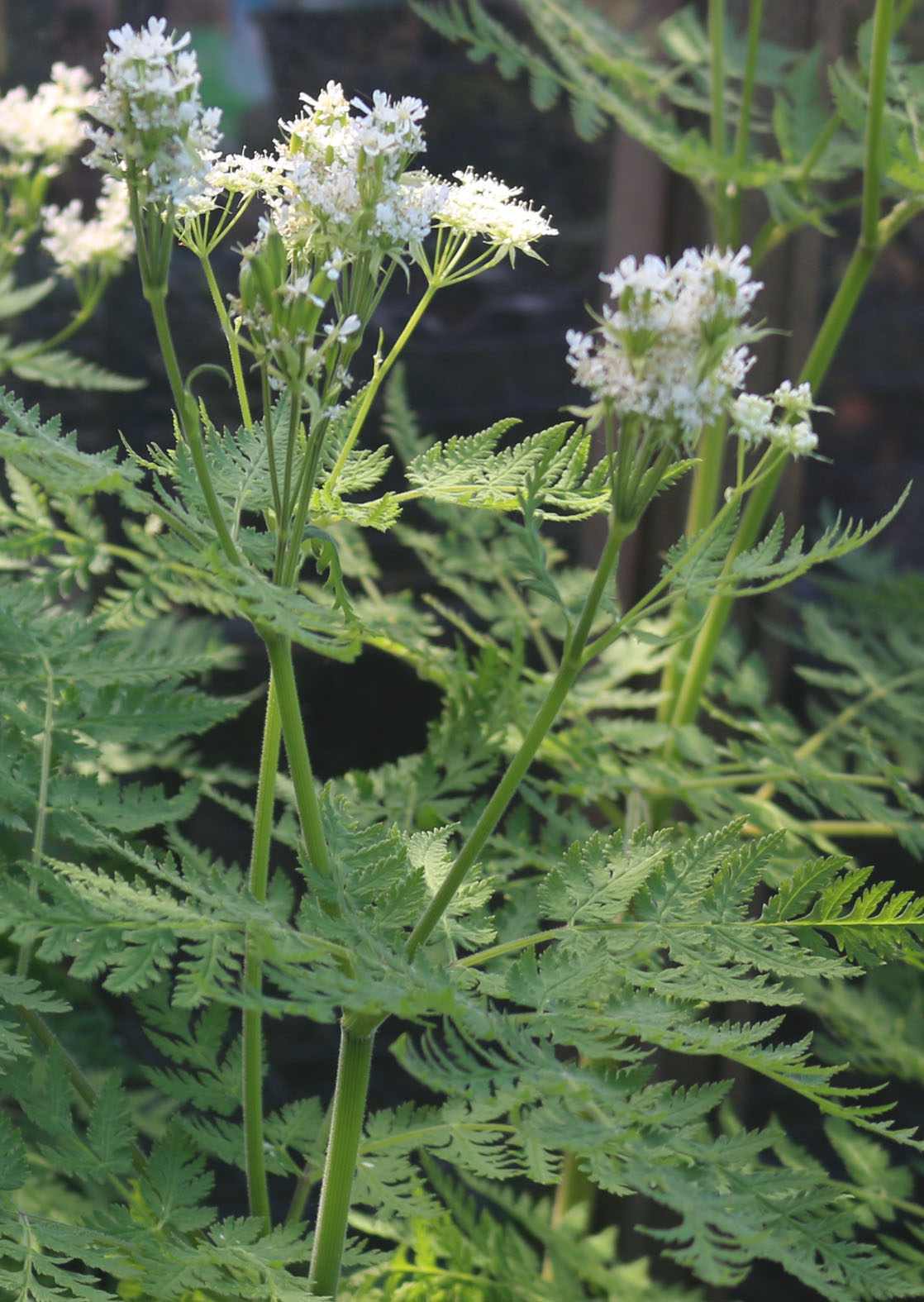 This beautiful old herb, sometimes called British Myrrh, pops up all over my garden, self seeding everywhere with its soft, ferny leaves and frothy blossoms. It is rich in nectar and attracts many bees and other beneficial insects.

The generic name Myrrhis is from a Greek word meaning ‘smelling of myrrh’. The specific name odorata comes from the Latin odorus which means ‘fragrant’ and is a reference to the sweet scent of the plant. The plant is easy to dry and retains its lovely aroma even when dried. The flowers and leaves can be dried and added to incense to evoke joy and happiness.

Sweet cicely was used to scent furniture polish in the sixteenth and seventeenth centuries. You can make some yourself by hot macerating the seeds with beeswax to make a polish for wands and other wooden tools, furniture and floors. An even simpler polish can also be made by pounding the fresh seeds and rubbing the juice into wooden furniture.

Sweet cicely is thought to have been introduced into Britain by the early monks as a herbal remedy declared “so harmless you can not use it amiss”. It was thought to be particularly good for any elderly people who were “dull and without courage it rejoiceth and comforteth the hart and increases their lust and strength”. The root infused in brandy was considered an excellent tonic for this, but a decoction of the root (the root simmered in water) is also useful for indigestion and coughs.

The aniseed scented and flavoured seed pods, leaves, flowers and root of this plant can all be harvested and eaten and it was a popular cooking ingredient on the continent. You can cook the leaves like spinach, or add fresh leaves to salads, soups or omelettes. The stalks can be used much like celery, while the roots can be boiled or eaten raw. Sweet Cicely was used to sweeten food and drink before sugar came to the British Isles – it is a  healthy, practically zero-calorie replacement for sugar. The leaves and stems can be added to cooking rhubarb, or try adding them to a bowl of hot plums. The leaves and flowers make a refreshing tea that aids the digestion. The unripened seeds can be collected when still green and nibbled as an aniseed-tasting snack. Unripe seeds can be pickled or dried. Like its relatives anise, fennel and caraway, it can also be used to flavour aquavit, a Scandinavian spirit distilled with herbs and spices.