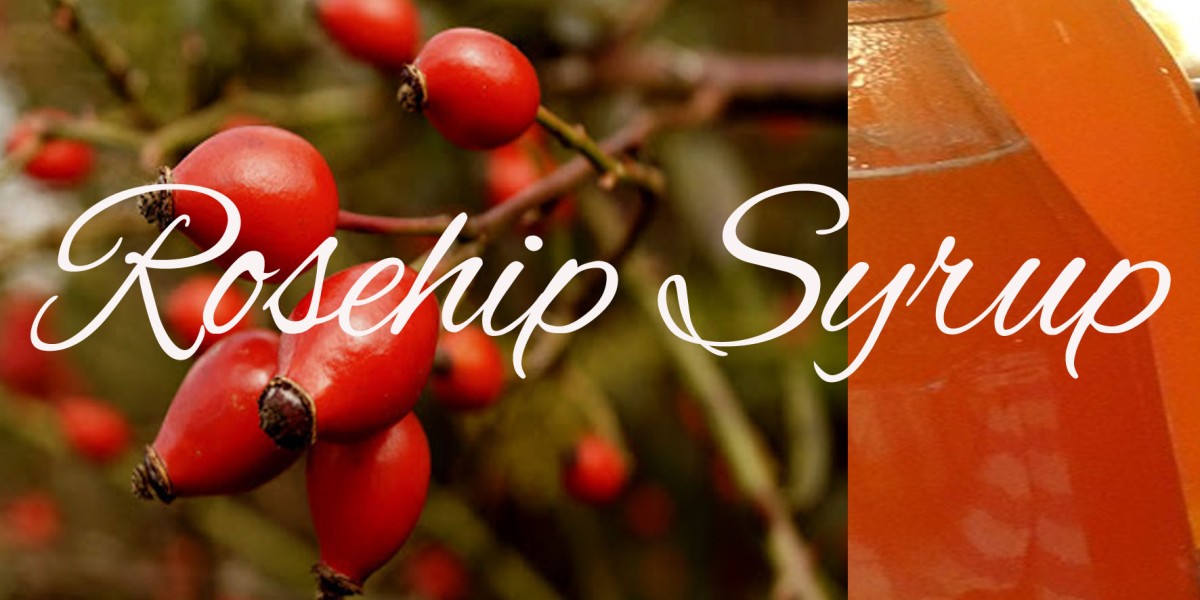 Though most of the vegetable garden is has finished producing for the year, I am still finding plenty to forage in the hedgerows. One of my favourites is rose hips.  All roses all bear edible fruits called hips, and you can use any variety, but I collect the crimson berries of the wild dog roses (Rosa canina). Rosa rugose are also very good.

Rosehips can be made into wine, jellies, liqueurs, tinctures and syrups, added to garlands, wreathes and decorations or dried and used for rosehip tea, potpourri and natural beads for jewellery making.  During World War II, hard-pressed British housewives even used them as a substitute for raisins when baking.

Many children grew up being given a teaspoon of rosehip syrup a day, here in England, for its vitamin C content, but they also contain vitamins A, B, E and K, as well as other nutrients:

Pick red hips and mince them, and put straight into boiling water allowing 3 pt. per 2 lb hips. Boil then remove from the heat. Stand 15 minutes. Strain though muslin (reserve the liquid) and return the hips to the pan add another 1 ½ pints of water. Boil, stand 10 minutes and strain. Reserve the liquid and combine it with the first batch and boil until reduced to 1 ½ pints. Add 1 lb sugar, stir until dissolved. Boil 5 minutes. Strain into bottles and seal immediately. Pasturise, as described above, but boiling for 5 minutes rather than 30 minutes (a longer boiling would destroy the vitamin C content in this instance).

CAUTION: To prepare ripe rosehips for tea, wines, face masks and liqueurs etc., you will need to remove the irritant hairy seeds. (The above recipe uses muslin to strain them off).  To do this cut off the stem, cut the hips in half and remove the hairy seeds. Proceed to use the hips. Medicinal doses of rosehips should be avoided if you have sickle cell anaemia.