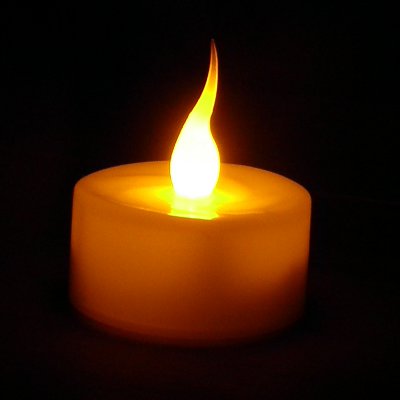 The word solstice is derived from Latin and means ‘Sun stands still’. The Sun usually rises at a different point on the horizon each day and travels north-east to its furthest position at the summer solstice, where it appears to stand still on the horizon for three days, before heading south-east, reaching its southernmost position at the winter solstice where it seems to rest again for three days before heading north once more.

During the summer, the long hours of light and warmth provide a bountiful harvest of greenery, grain and fruit. Animals have plenty of grazing and reproduce. But then winter comes. Darkness and cold increase daily causing plants to shrivel and die and animals to perish while struggling to find fodder. The great source of life, the Sun, is weakening daily. Each day it is lower and lower on the horizon, and each day the hours of daylight grow fewer. Darkness is spreading; everything is winding down, threatening to come to a standstill. The year has declined and languishes in the season of its old age, standing on the edge of its grave.

The great source of life is failing. If the Sun does not regenerate then time itself will come to an end, life will be extinguished and the world will return to the dark womb of chaos from which it emerged. And when the Sun decays towards its death at Yule, that primal chaos threatens to return. The Sun God is dying. Will he be overcome by the powers of darkness and chaos, or will he fight and overcome? The fate of the whole world rests with him.

Eventually, everything comes to a standstill. For three days the Sun does not move on the horizon. The great Wheel of the Year has stopped turning.

Then, on the shortest day, in the time of greatest darkness, the Sun is reborn. Life and hope are rekindled – the light will grow, warmth will increase, spring, summer and harvest will come. The Wheel of the Year, which has been briefly stilled, will spin on.  The old year, the old cycle of existence and time, dissolves back into the primordial chaos. The Sun reborn and the new year represent the world rejuvenated and reality renewed.

For many of our ancestors the eternal cycle of the Sun was the central paradigm of their spiritual beliefs. The Sun god is born at the winter solstice and grows until midsummer, afterwards declining towards his death at the midwinter solstice, where he languishes for three days in his grave before rising from his tomb, reborn. The Roman Emperor Aurelian (270 to 275 CE) blended a number of Pagan solstice  celebrations of the nativity of such saviours into a single festival called Dies Natalis Invicti Solis, the ‘Birthday of the Unconquered Sun’ on the winter solstice, which fell on December 25th in the Roman calendar.  Roman women would parade in the streets crying “unto us a child is born!”

Modern Pagans usually call the festival Yule, the modern English version of the Old English words ġeól or ġeóhol (the festival of Yule) The etymology is uncertain.  According to The Barnhart Concise Dictionary of Etymology, Yule is derived into modern English from Jól deriving from Old Norse hjól, meaning ‘wheel’.

I’ve written this ritual here so that it can be performed alone, or easily adapted for group work, with the parts shared out. Make a representation of the old year. This should be a dark, bent misshapen thing that holds everything outworn and spent that you want to pass away with the year. It can be made of crumpled paper if you like, or you can come up with something much more inventive if you wish. We generally make a boat that is holed, with bent masts and crooked decks.

In the centre of the circle is a lit brazier (you can substiture a cauldron or metal dish with a candle in it), representing the cauldron-womb of the Goddess at the core of creation, around it is a spiral of unlit lamps or candles. Say:

The year has reached its lowest ebb, all is darkness and death. The forces of chaos threaten to overwhelm the world. The Sun has ceased in his course, lingering three days in his grave. Time itself stands still.

Carry the symbol of the Old Year along the spiral on an inward course to the centre, saying:

Go back to the Source, your time is over.

At the centre say:

Your womb is the dark void of space

Which holds the seed of all potentials

Take back the spent year and all its forces of chaos.

The Symbol of the Old Year is burned on the brazier. Say:

Is the source of all things, it births the elements,

Give us the spark of life,

Renew creation, so that the wheel of life spins on

Take a light from the brazier, and gradually light the lamps (or candles) of the spiral, so that the light begins at the brazier, which represents the womb of the Goddess at the centre of the Cosmos, and travels outwards until it reaches the edge. As you light each lamp say:

Death moves to life and dark turns to light

The light is reborn!

The Wheel spins on.

Life is renewed.
With the Sun we are each reborn. Blessed Be!

In the coven, after we have performed this ritual, we go indoors to the hearth fire and the sparkling Yule tree, and exchange presents. These are always handmade, and we have an injunction that they should not cost more than a pound (just over a dollar) per person. It’s amazing what people come up with under these guidelines, and we’ve had far more meaningful and personal gifts that we would have done if they had been bought. Coveners have knitted hats, made sets of runes, incense, candles, bath salts, engraved glasses, pyrographed place mats, baked cakes and sweets, and home-made liqueurs.

One thought on “The Winter Solstice”