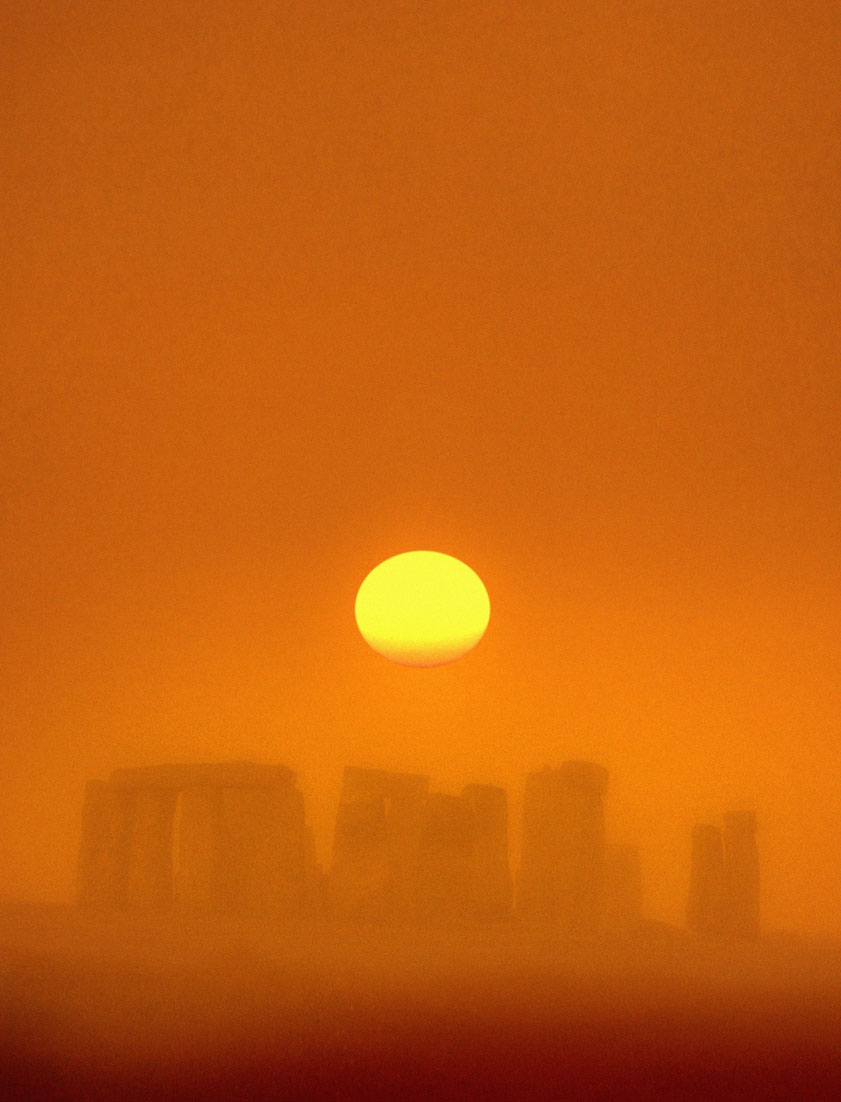 In June light blazes across the land. Now is the time of brightness and warmth when the Sun God stands in all his glory, with long days and short nights. According to the early chronicler Bede, the Anglo Saxons called the month Litha,[1] which probably means ‘light’. Basking in the light of Father Sun, Mother Earth is in the full flush of her maturity, soft and ample; foliage is lush and the perfume of flowers fills the air. The crops have been planted and are growing away nicely, the young animals have been born. The hay fields stand tall, shivering in the summer breeze, ready for haymaking.  Winter seems far away. We unsurprisingly feel more joyful and want to spend more time in the open air – it is a natural time of celebration.

The name ‘June’ comes from Juno, the Roman goddess of women, marriage and childbirth, wife of the sky god Zeus. Her name is derived from the Latin name iuvenis (as in juvenile) which was used to indicate a young woman ready for a man, and probably refers to the ripening of the crops. This month the Sun and Earth consummate their union and the seed of fire kindles the Earth to swell with fruit so that autumn and harvest can come in turn. In Scots Gaelic, it was An t’Og mhios, the young month, while in the Slavonic languages it was named as the linden month and the rose-blossoming month. [2]

In the northern hemisphere, the summer solstice falls this month. It marks the zenith of the Sun, the longest day. The word ‘solstice’ is derived from Latin and means ‘sun stands still’. For three days around the winter and summer solstices, the sun appears to rise and set at almost exactly the same place, so it seems to be standing still on the horizon.  However, while the date of the solstice varies between 19-23 June, the official calendar ‘Midsummer’ is pegged to 24 June, which is St. John’s Day in the Christian almanac, and to which the earlier Pagan festivities of the solstice were appropriated.

Every ancient religion had its own customs and traditions associated with the summer solstice, and they date back into pre-history. Midsummer was – and still is – an important festival for those who live in the far north. There are many folk customs associated with it, most of which celebrate the light and encourage the power of the Sun with sympathetic magic in the form of bonfires, rolling wheels, circle dances and torchlight processions.

Midsummer fires once blazed all across Europe and North Africa, and were believed to have the power to protect the revellers from evil spirits, bad fairies and wicked witches, as well as warding off the powers of blight, disease and death. In England, every village would have its own fire, while in towns and cities the mayor and corporation actually paid for its construction, and the jollities accompanying it were often very elaborate. Large bonfires were lit after sundown, and this was known as ‘setting the watch’ to ward off evil spirits.  Men and women danced around the fires and often jumped through them for good luck, and afterwards a smouldering branch was passed over the backs of farm animals to preserve them from disease. As late as 1900 at least one old farmer in Somerset would pass a burning branch over and under all his horses and cattle. [3] The Cornish even passed children over the flames to protect them from sickness in the coming year.

Instances of wheel rolling were recorded right into the twentieth century. In the Vale of Glamorgan (Wales) a large cartwheel was swathed with the straw and set alight and the wheel rolled downhill. If the fire went out before it reached the bottom, this indicated a good harvest.[4]

Torches would be lit at the bonfire and these would be carried inside the milking parlour to keep milk and butter safe from evil magic, then around the fields and growing crops as a protection and blessing. The ashes of the bonfires were scattered in the corn as an aid to fertility.[5] In towns, some of these torchlight processions reached lavish proportions. Garland-bedecked bands of people, sometimes called a marching watch, carried cressets (lanterns on poles) as they wandered from one bonfire to another. Often morris dancers attended them, with players dressed as unicorns, dragons and hobby-horses.

Midsummer was a potent time for magic and divination. The twelfth century Christian mystic Batholomew Iscanus declared ‘He who at the feast of St. John the Baptist does any work of sorcery to seek out the future shall do penance for fifteen days.’ [6] More recently, young girls would use the magic of the season to divine their future husbands. According to one charm a girl should circle three times around the church as midnight strikes saying: Hemp seed I sow, Hemp seed I hoe,/ Hoping that my true love will come after me and mow. Looking over her shoulder she should see a vision of her lover following her with a scythe.

The raising of the midsummer tree, identical to the maypole, is a midsummer custom found in many areas, including Wales, England and Sweden. It was decorated with ribbons and flowers, and topped by a weathercock with gilded feathers, the cock being a bird of the Sun.

It was the tradition for people watch the Sun go down on St. John’s Eve, then to stay awake for the entire length of the short night and watch the Sun come up again. In the sixteenth century John Stow of London described street parties when people set out tables of food and drink which they invited their neighbours to share, made up their quarrels, lit bonfires and hung their houses with herbs and small lamps.[7]

In Britain it was the custom to visit holy wells just before sunrise on Midsummer’s Day. The well should be approached from the east and walked round sunwise three times. Offerings, such as pins or coins were thrown into the well and its water drunk from a special vessel. [8]

The magic of June is concerned with light, fire, warmth and growth, the heat and light of Father Sun bringing Mother Earth to bear fruit.

At the summer solstice we enter the zodiac sign of Cancer the Crab, a small constellation and the faintest in the entire zodiac; if you live in a light polluted city, you probably won’t be able to see it at all.  In Greek mythology, Cancer was identified with the crab that appeared while Herakles fought the many-headed Hydra (represented by the constellation Hydra). It bit him on the foot, and Herakles stamped on it and killed it, before turning back to his task. The goddess Hera placed the crab among the stars, but made the stars really faint in token of the fact it had failed to distract the hero.

The summer solstice is said to occur when the Sun enters the first point of Cancer, the Crab, though because of the precession of the equinoxes, the Sun is actually in the sign of Taurus when the summer solstice occurs. However, the mythology is based on the system extant in classical time, when, on its annual journey around the zodiac, the Sun spent forty days wandering in the mysterious realm of darkness that is Cancer. The Egyptians associated the constellation with Anubis, the jackal head god of the dead, viewing it as a gateway to the netherworld. In Babylon it also had magical connections with the dead and ghosts, [9] and to the Chinese it is a lunar mansion called ‘Ghosts’ and has links with the dead and the afterlife.

The constellation of Cancer was known to the Chaldean and Platonist philosophers as the ‘Gate of Men’ though which they believed that the souls of people came down from heaven and were incarnated at the summer solstice, as opposed to Capricorn which was the Gate of the Gods where departed souls returned to the heavens at the winter solstice, and though which the sun god was reborn. [10]

This ritual is performed at the rising of the Sun on the day of the solstice. A glass vessel, full of water, is placed on the ground, a sprig of rosemary beside it. Sit and wait until the Sun starts to rise and say:

This is the time of greatest light. The powers of winter are far away, the powers of darkness a story for children. We celebrate in this time of brightness. We honour the Lord of the Sun and the Lady of the Earth whose marriage causes the grain to grow, the vine to ripen, the herbs to become imbued with power. Without their gifts we would not be.

Mother Earth, you are life, you are abundance

You produce everything in Nature, You produced me, your child

You are first in all things, you surround me

You are beneath my feet.

You give me the food I eat, the water I drink.

From you comes all I see, all that breathes.

Father Sun, you are the bright and shining light,

You are the eye of the sky,

You see right through to the limits of the darkness

You behold everything; even into the realm of chaos

Your blessings fall upon the earth and cause the crops to grow.

Wait for the Sun to rise and illuminate the vessel and charge the water with solstice power.

Take the glass vessel and say:

As I drink, I embrace the light within me.

Let the light grow within me.

Take the sprig of rosemary, dip it in the water and sprinkle it over yourself. Say:

I give thanks to the Great Goddess of the Earth. Mother, grant us your blessings. Grant us full orchards and fields of ripening grain.  Be with us in our lives, as you once were to those of old. Grant us your love and blessings. Let blessing be!

Oh Lord of the Sun, great eye of the heavens! Grant your light and your blessing to this land; protect us from the powers of blight and darkness. Be with us in our lives as you once were to those of old. Grant us your wisdom and your blessings. Let blessing be!

Let this ritual end with love and blessings. Blessed Be.

[5] This has a scientific basis- wood ash provides a high potash feed for plants.