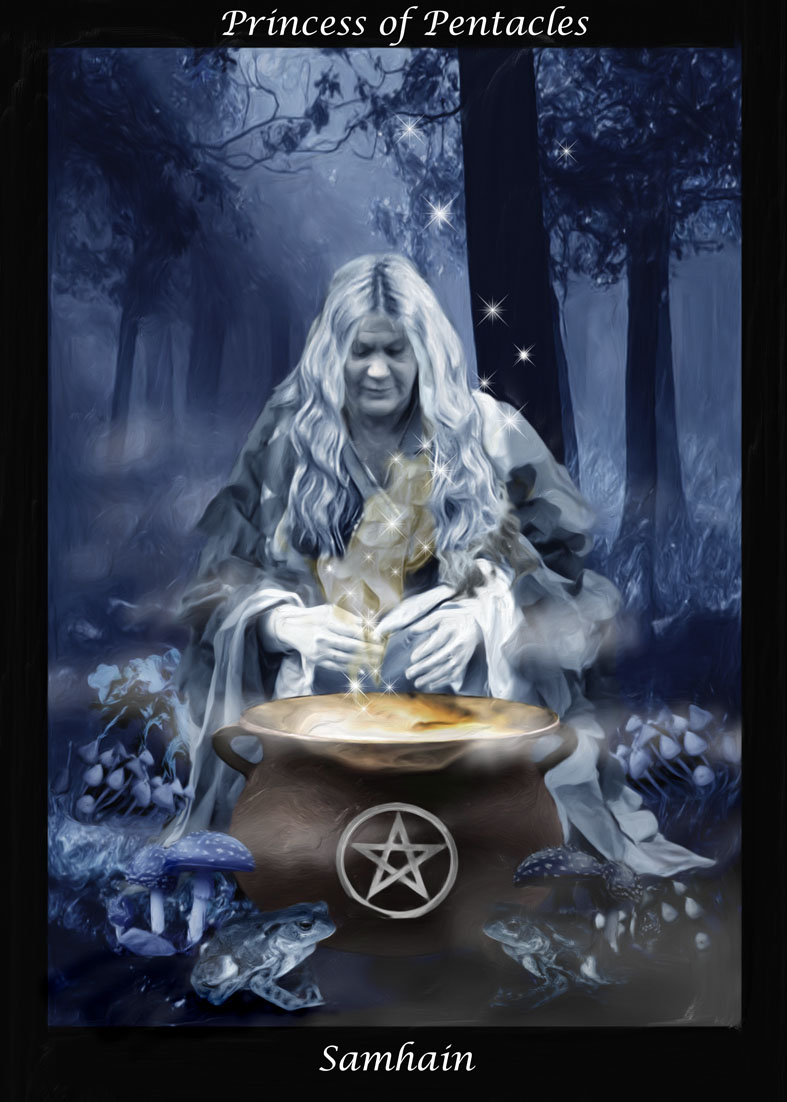 As he journeys through the darkness of a cold night, the Fool meets an elderly woman gazing into a cauldron.

“The Wheel turns,” she tells him. “I am the Cailleach, daughter of the winter Sun and mine are the darkest months of the year. I bring an end to summer and growth as I harden the earth with frost. The gates of the Underworld begin to open and the spirits of bane, darkness, winter and chaos creep through. The Otherworld is close and we can speak once more to those who have gone before.

“It is the time for culling and death. Everything dissolves in my cauldron as all things return to the source. But as the mound is raised above the seed, the seed prepares itself for rebirth, and all things are transformed by death.”